Before I begin, I have to make this disclaimer: I am not saying I am MORE grateful or that I am completely humbled! I'm simply sharing my experiences with both situations with you.

I wanted so badly to tell them to just enjoy the stages they were at because I was stuck in limbo WISHING I was throwing up every day from morning sickness, changing never ending poopy diapers, or dragging my screaming toddler through Target. Instead, I was sitting there scrolling through Facebook, childless.

As time went on, I began learning to better manage my emotions and feelings when it came to moms who were struggling, but I'd be lying if I said it didn't still bother me (and honestly, it still bothers me sometimes! it’s a work in progress). But I learned to just move past it. I also learned to enjoy the childless phase-- even though I desperately wanted a baby and wanted our family to grow.

Then, in May of 2019, our miracle happened and we were lucky enough to get pregnant through IVF. The first few weeks just honestly didn't feel real. I didn't have very many symptoms of pregnancy and I was so nervous that I would miscarry that I just waited for some sort of symptom to show itself. Around 6 weeks (we found out at 3 weeks that we were pregnant), I began feeling symptoms of morning sickness. They weren't bad and I was just grateful knowing that because I was feeling that way, there was a baby growing inside me. And then I started throwing up every day OR feeling nauseous all day long. For me, it was one or the other. In fact, I preferred to throw up because that usually meant I felt great after that. But for the most part, I just constantly felt nauseous. And again, I was grateful for that feeling because it reminded me that there was a baby and that my body was doing its job. But it was hard. It was a lot harder than I had ever anticipated. And it was a lot harder than I was giving my pregnant friends credit for.

As time has gone on with this pregnancy, I have been so humbled. There is so much to pregnancy and pregnancy after infertility that I didn't know about.

I didn't know that I could get winded laying in bed. Yep, that’s happened… multiple times…

I didn't know that going upstairs in my own house would become such a chore OR that I would need to take at LEAST a 10 minute break after going upstairs.

I didn't know that anxiety and depression would still be part of my story. I honestly thought a baby would fix that. (Naïve, probably. But that's what I told myself throughout our infertility journey)

I didn't know that I would hold my breath at every doctor appointment while they looked for my baby's heartbeat.

I didn't know that I would pay EVEN CLOSER attention to every. little. thing. my body was doing throughout pregnancy and that I would Google every thing to make sure things were still progressing normally.

I didn't know that even though I was brave and courageous during IVF, that the thought of labor and delivery would often send me into a spiral of panic, worry and fear.

This experience of pregnancy has humbled me so much. I hope that every woman who desires to be a mom or wants to get pregnant has that opportunity, because it truly is such a neat experience. But I also hope that whether you're fertile or infertile, that you'll give the women around you grace during their hard times— whatever those hard times are. We all could use a little more grace. We all could use a little less judgment and unsolicited advice and a little more support and a few more, "you're doing a good job"s. We all could use a "I'm sorry, that is hard." We have a lot more in common than we have different.

My shirt in these photos is from Little Mama Shirt Shop. They have the most incredible collection for Infertility, Miscarriage and Adoptive Mamas. Their shirts are so comfy, are fantastic quality AND they have such speedy shipping times!! They’re incredible!

Little Mama Shirt Shop also has shirts for any other kind of mama you can think of (even grandmamas!) if you haven’t already, check them out & grab a shirt or two. You won’t regret it! 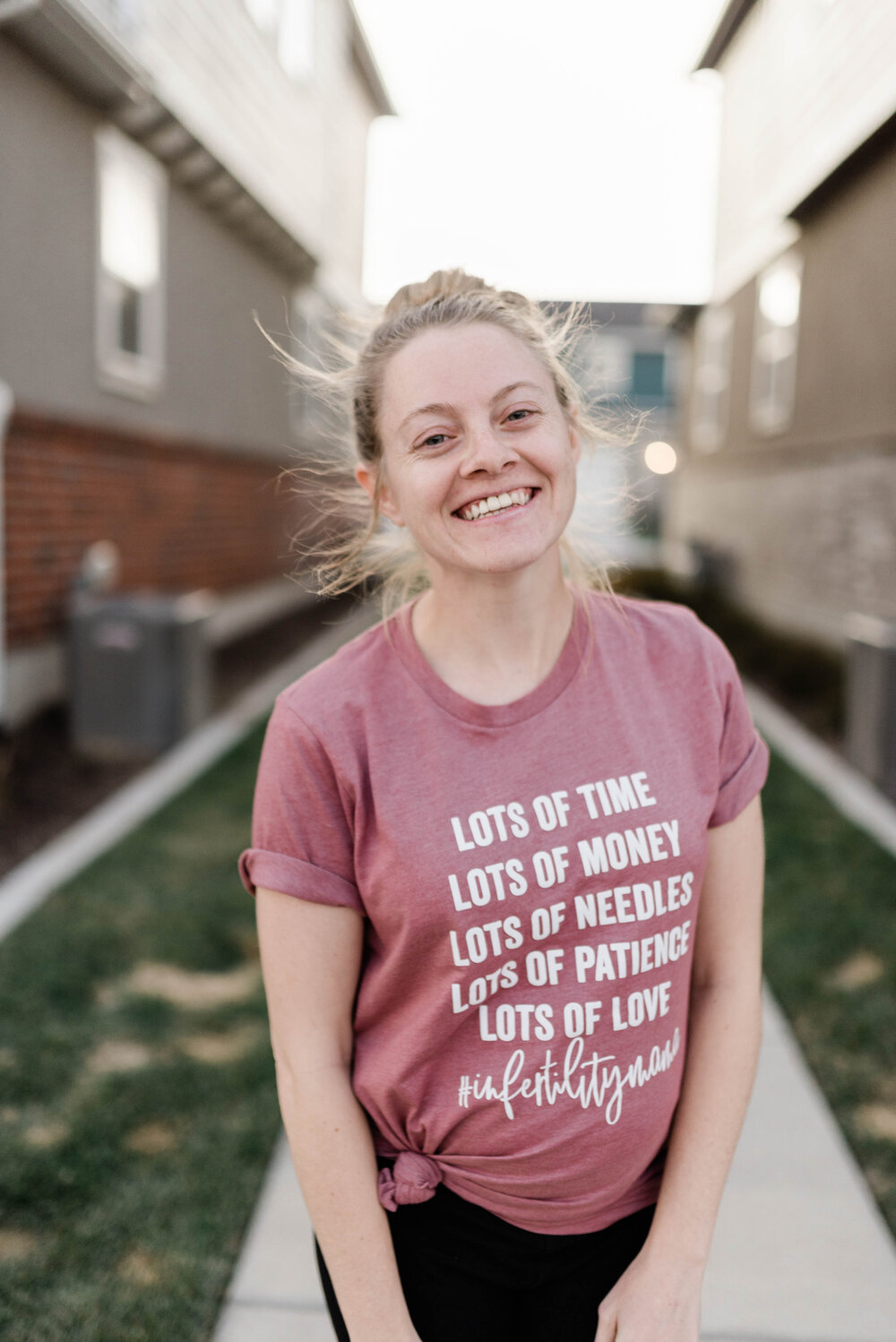 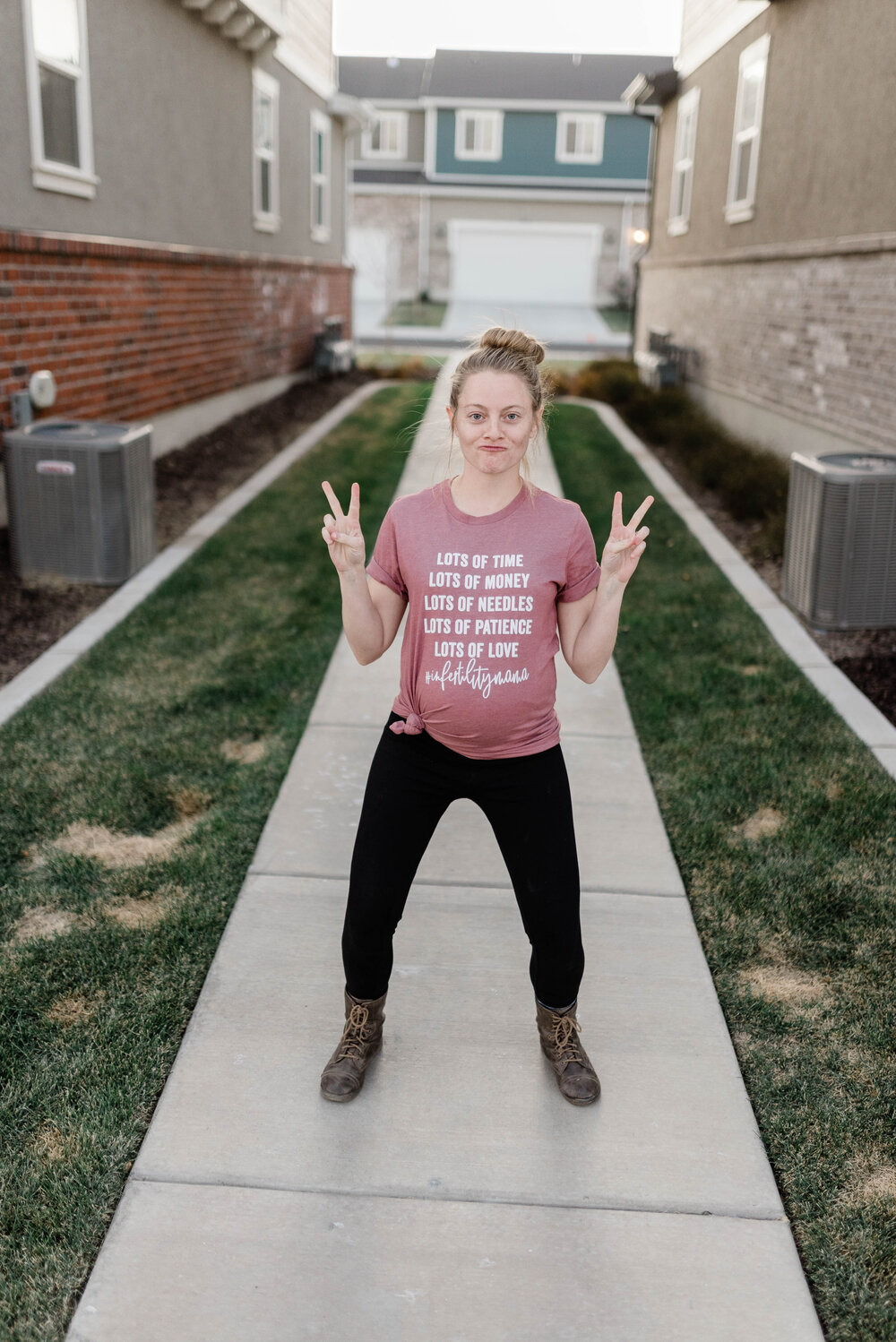 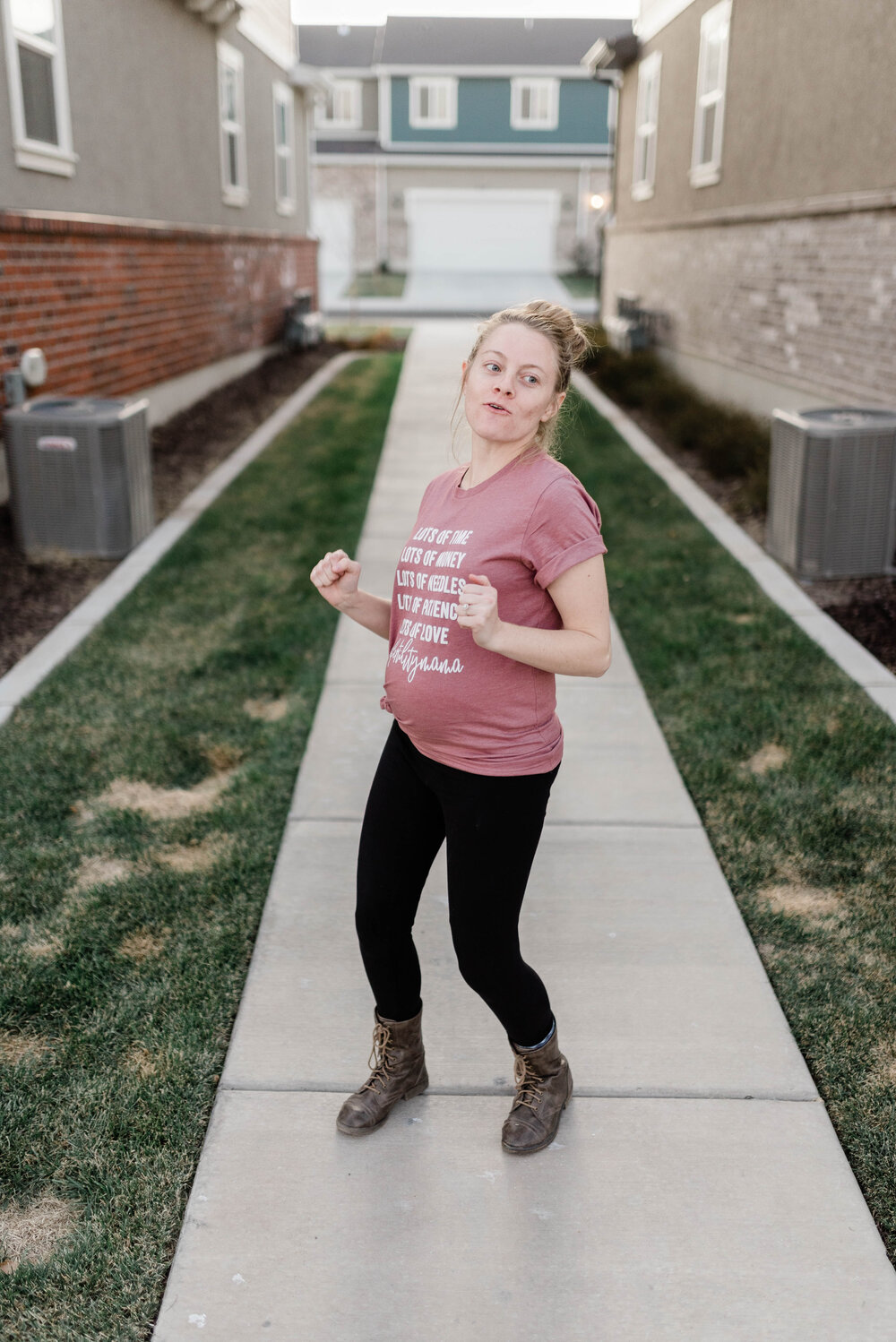 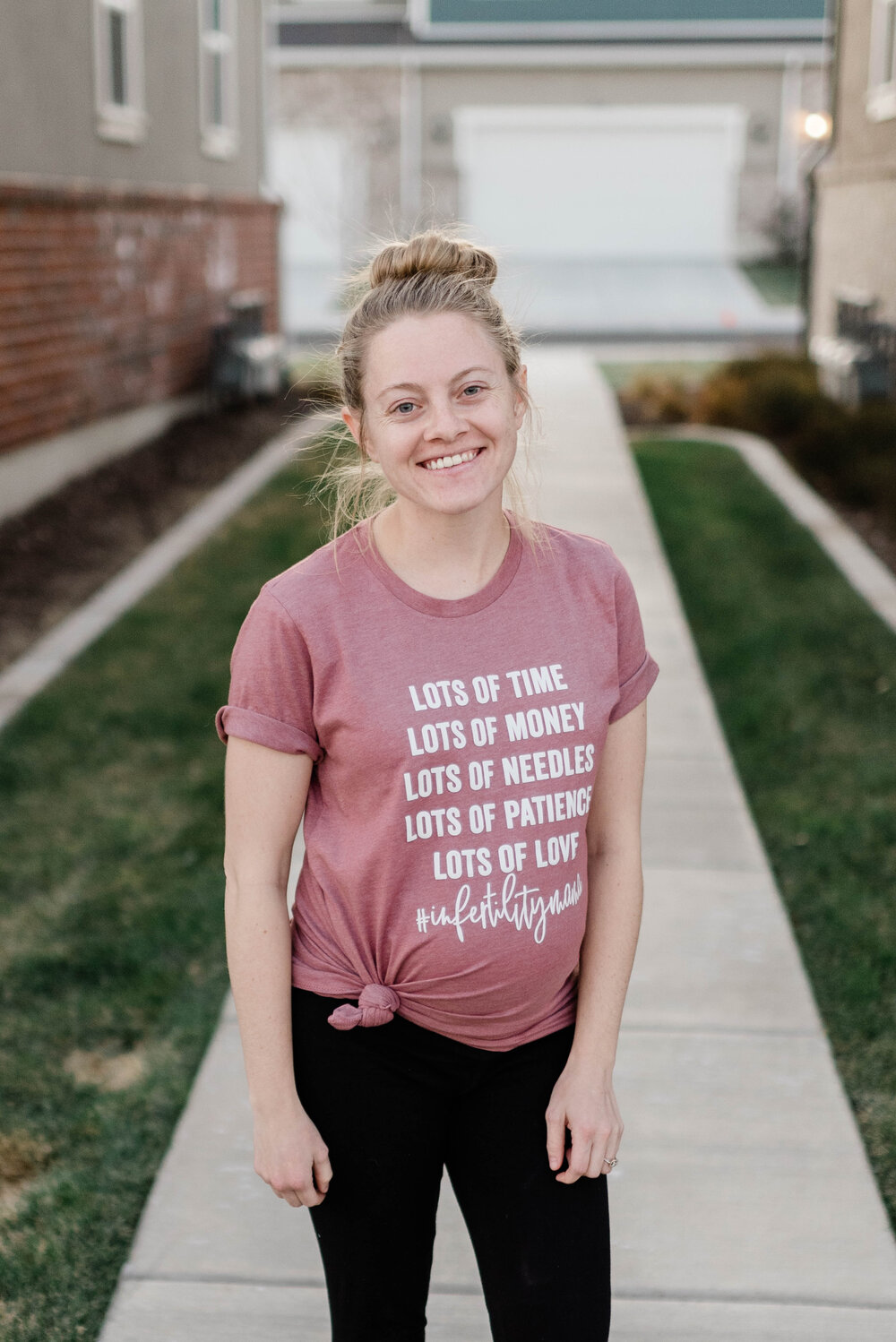