but this week was SO awesome!!!!!!!! we had a double header wedding weekend. luckily, i was only shooting one of those weddings, but we were both in the wedding party for the second wedding! so friday and saturday were a little crazy hectic! but so, so full of happiness and love. which is my favorite thing ever, so it all worked out.

on wednesday night, i had the opportunity to go to my new sister-in-law's bachelorette party that was hosted by her sisters. it was so, so cute! kels gave us all matching bride tribe shirts when she asked us to be a bridesmaid. and so we all wore those shirts, then we told our favorite kelsey stories, played some games, ate yummy food, and just had a blast. it was so fun to be part of kelsey's bride tribe and to be able to have girl time with the banks girls.

then thursday night was matt and kelsey's wedding dinner. parker and i got to sit at the best table. we sat with grandma and grandpa lund & president and sister batchelor (matt's mission president + his wife who ALSO served in our mission as vehicle coordinator + apartment coordinator AND the batchelors are also from moapa which is just a hop, skip, and a jump away from my dear hometown of bunkerville!) so it was so fun to be able to sit and catch up with the batchelors.
fun fact: when parker came to visit me for the first time (JUST AS FRIENDS) we went to the lake-- you have to drive through moapa to get to the lake-- so we decided to make a pit stop at the batchelor home to say hi. as we were walking out, elder batchelor stopped us and asked us what was going on between the two of us. we both were adamant that it was JUST A FRIEND TRIP. and that it didn't mean anything.... three months later we were engaged. hahahahahahahahah. elder batchelor still won't let us live that one down. 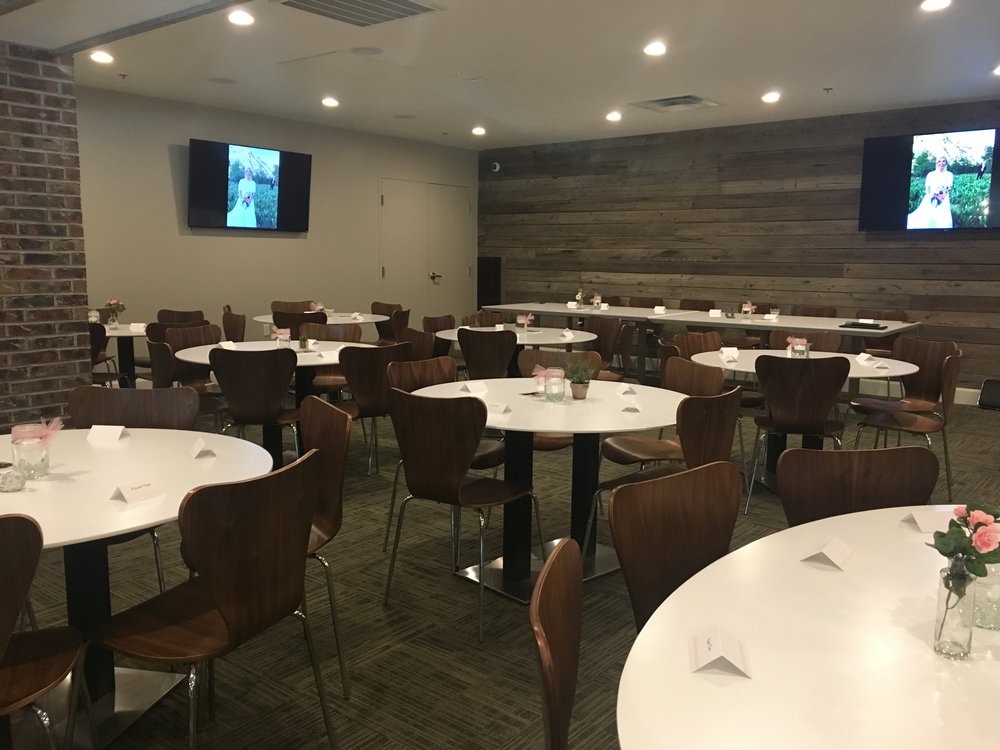 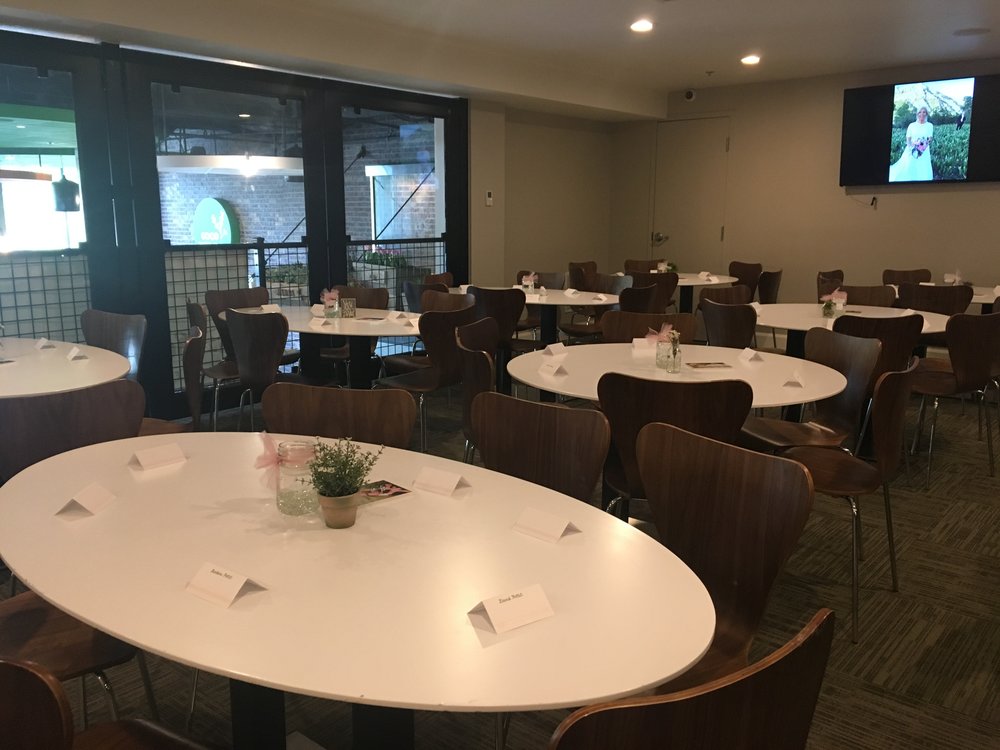 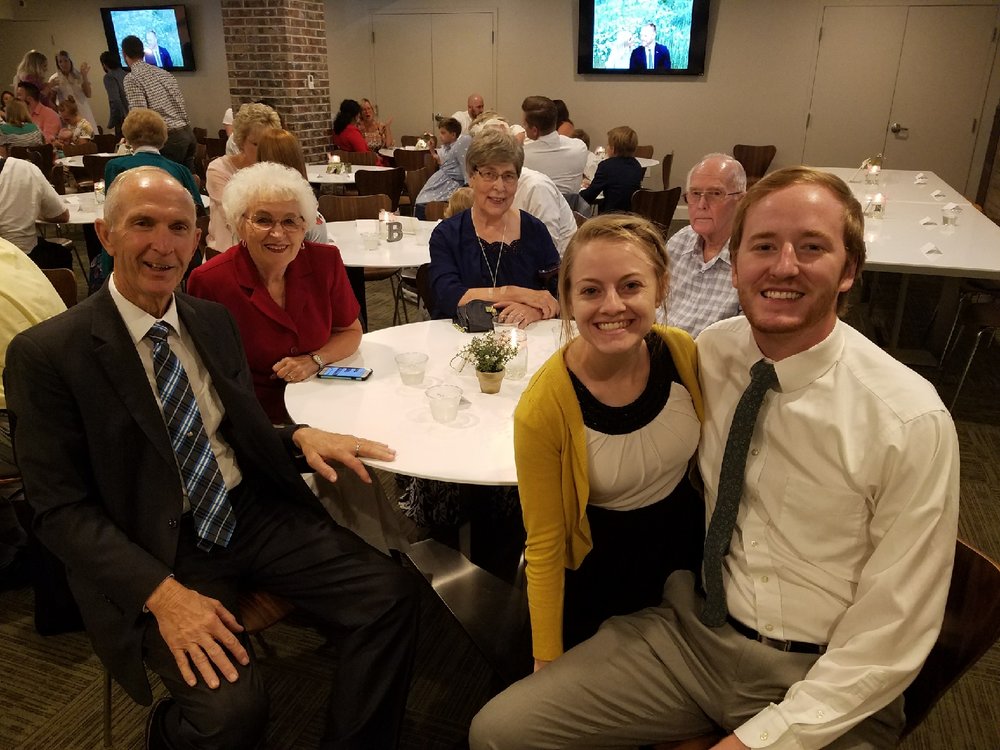 on friday morning, i woke up early to go take pictures of jaymie + jordan's traditional chinese tea ceremony (don't worry, there will be more about this in their blog post). it was so fun to be able to see the culture and traditions of a chinese wedding. the tea ceremony was so sweet and such a neat experience.

after matt and kelsey exited the temple, we went to the other side of the temple to take family photos. their photographer (camilia lund photo-- who did an incredible job!!) snapped a few with me in them and then i had to run to the other side of the temple to make sure i was there in time for jaymie + jordan's exit! don't worry guys, i made it. after jaymie and jordan's family photos, we took a few bridal portraits and then called it good because it was SO HOT. seriously, so, so hot. poor jaymie in her princess ball gown. my favorite quote of hers that day was, "why did i decide i wanted a ball gown? i should have been a boho bride." hahahahahaha. but her dress was incredible and totally worth the heat!!! 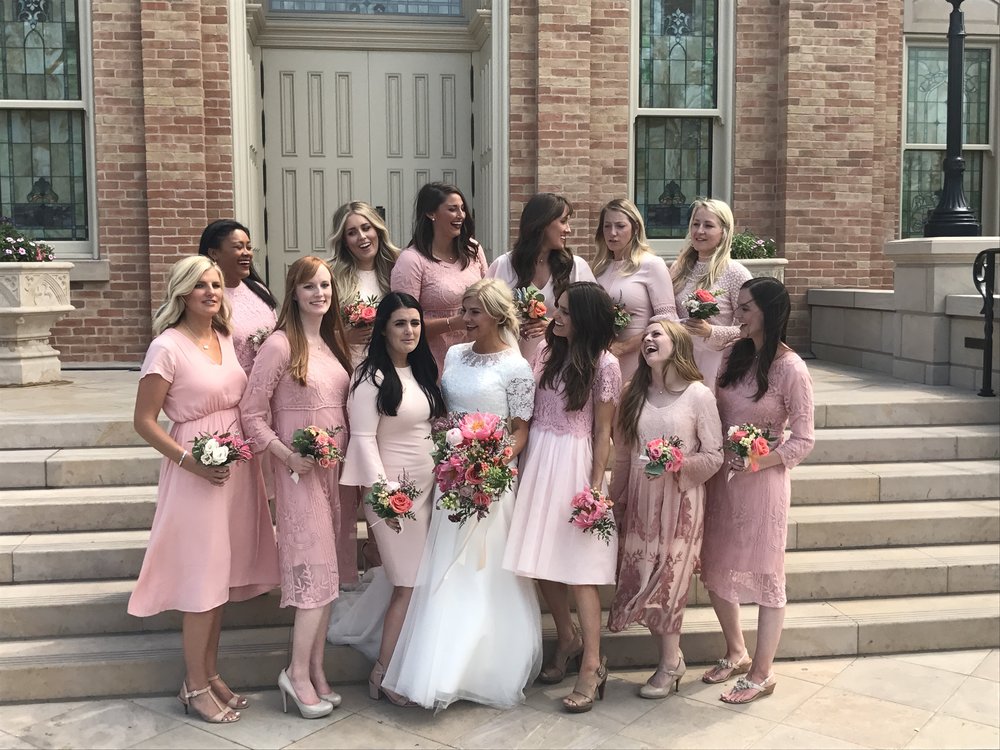 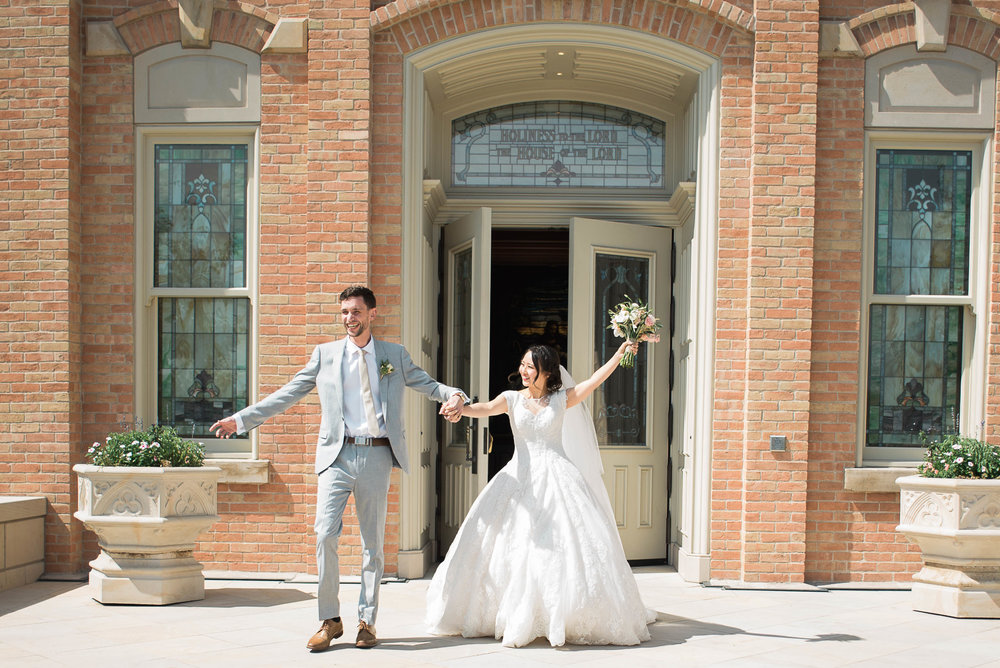 because jaymie + jordan's reception wasn't until the next day, we were able to go and enjoy matt and kelsey's reception. YOU GUYS. their reception was absolutely perfect. it was a backyard reception with wood tables + chairs. gorgeous eucalyptus garland table runners. fresh flowers everywhere. strands of bistro lights. the works. guys. i lived my summer wedding dreams vicariously through matt and kelsey's wedding reception. it was absolutely stunning. i didn't take any photos on my phone of the reception, but hopefully soon their photographer will post some that i can link back to... and see below the only photos we got of ourselves on the wedding day.... and i call myself a photographer..... hahahahha 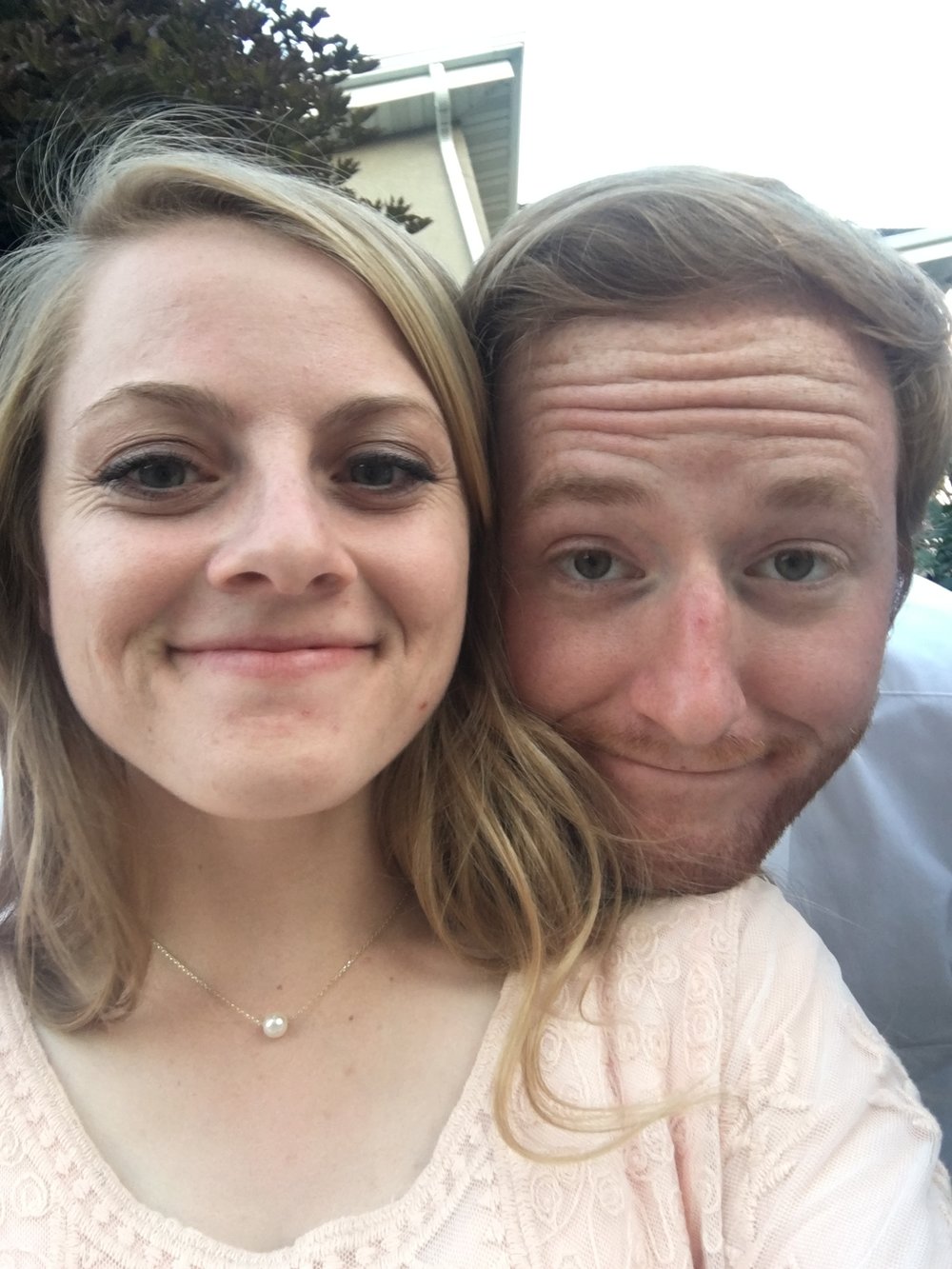 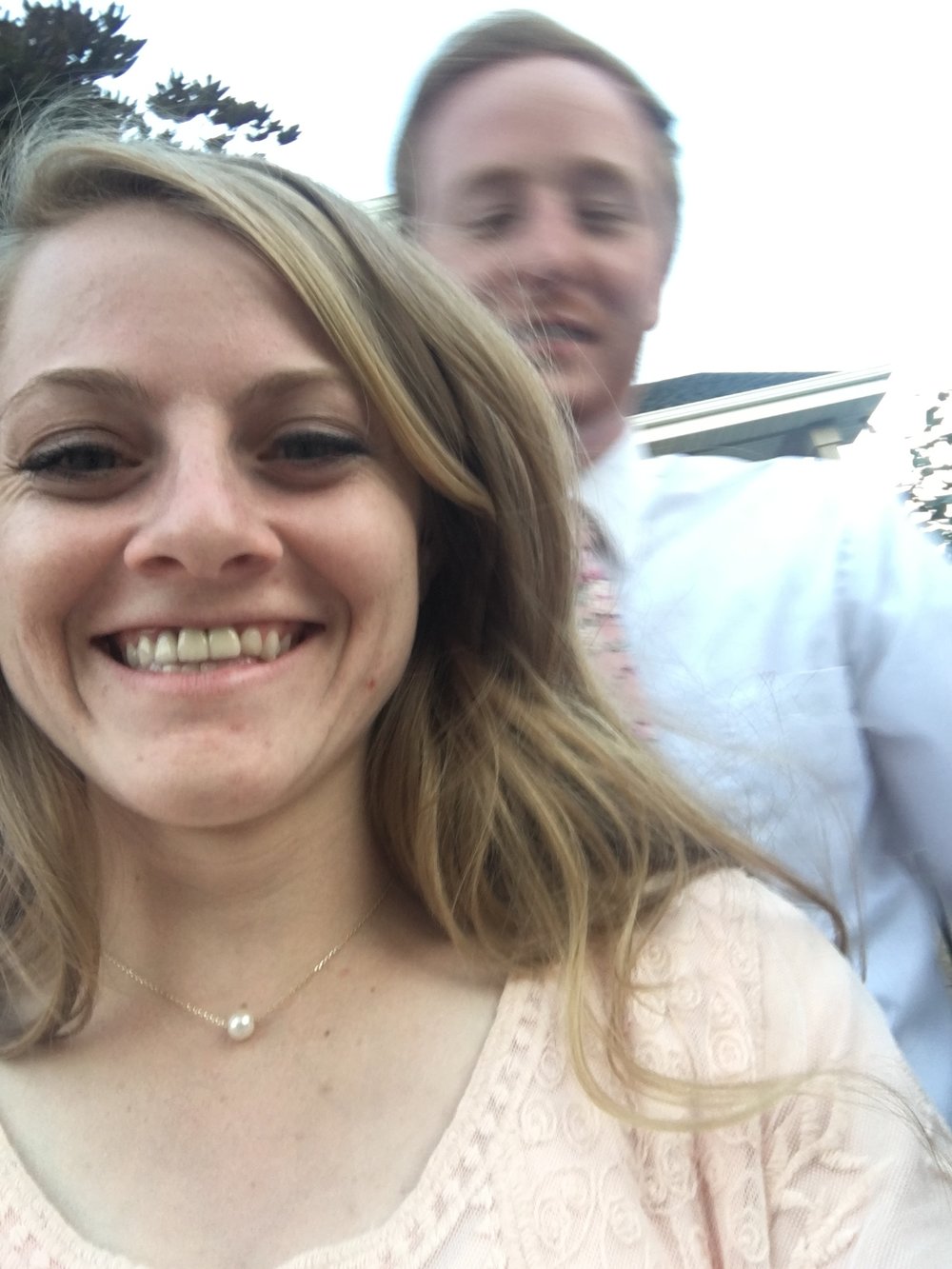 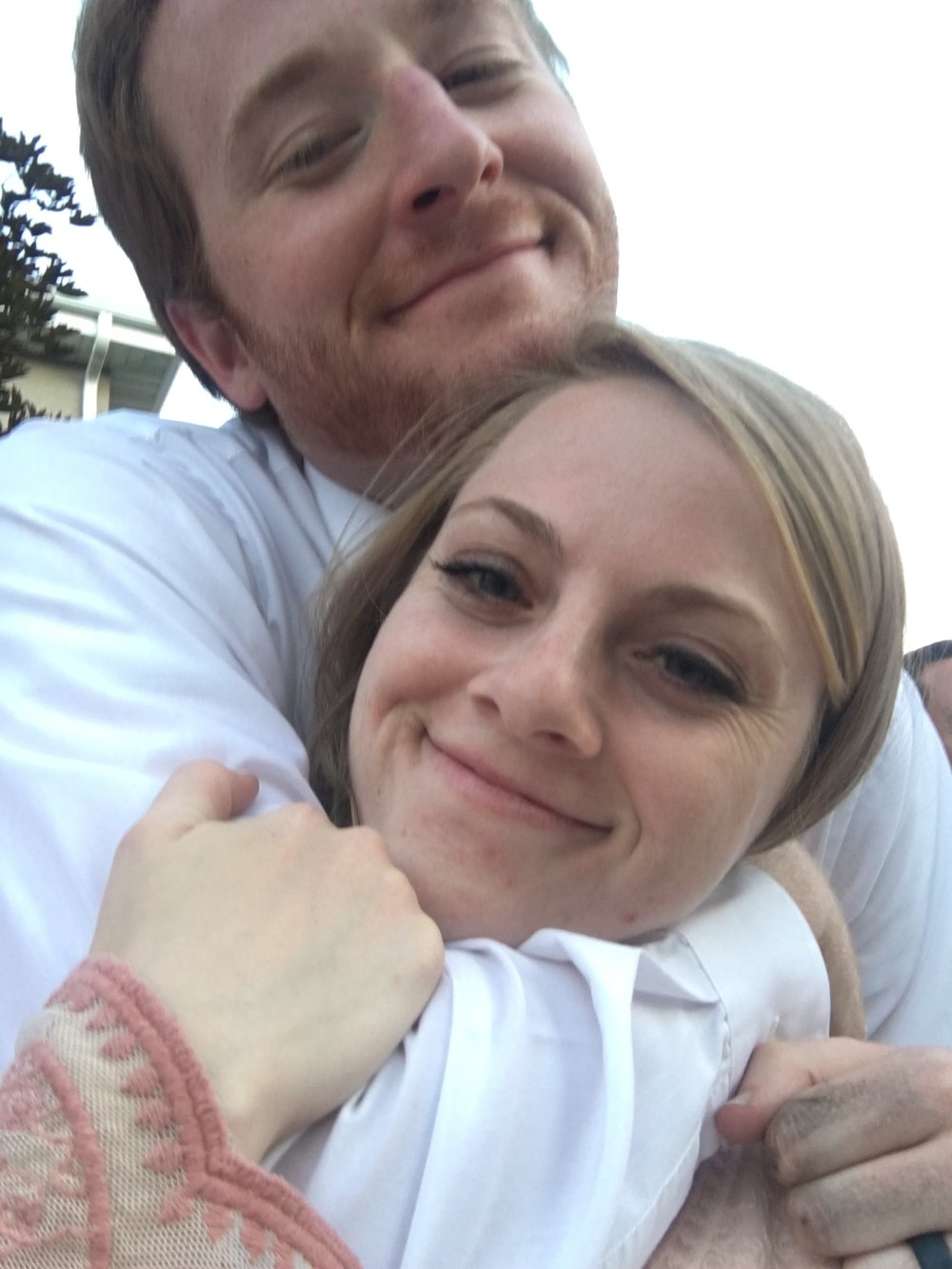 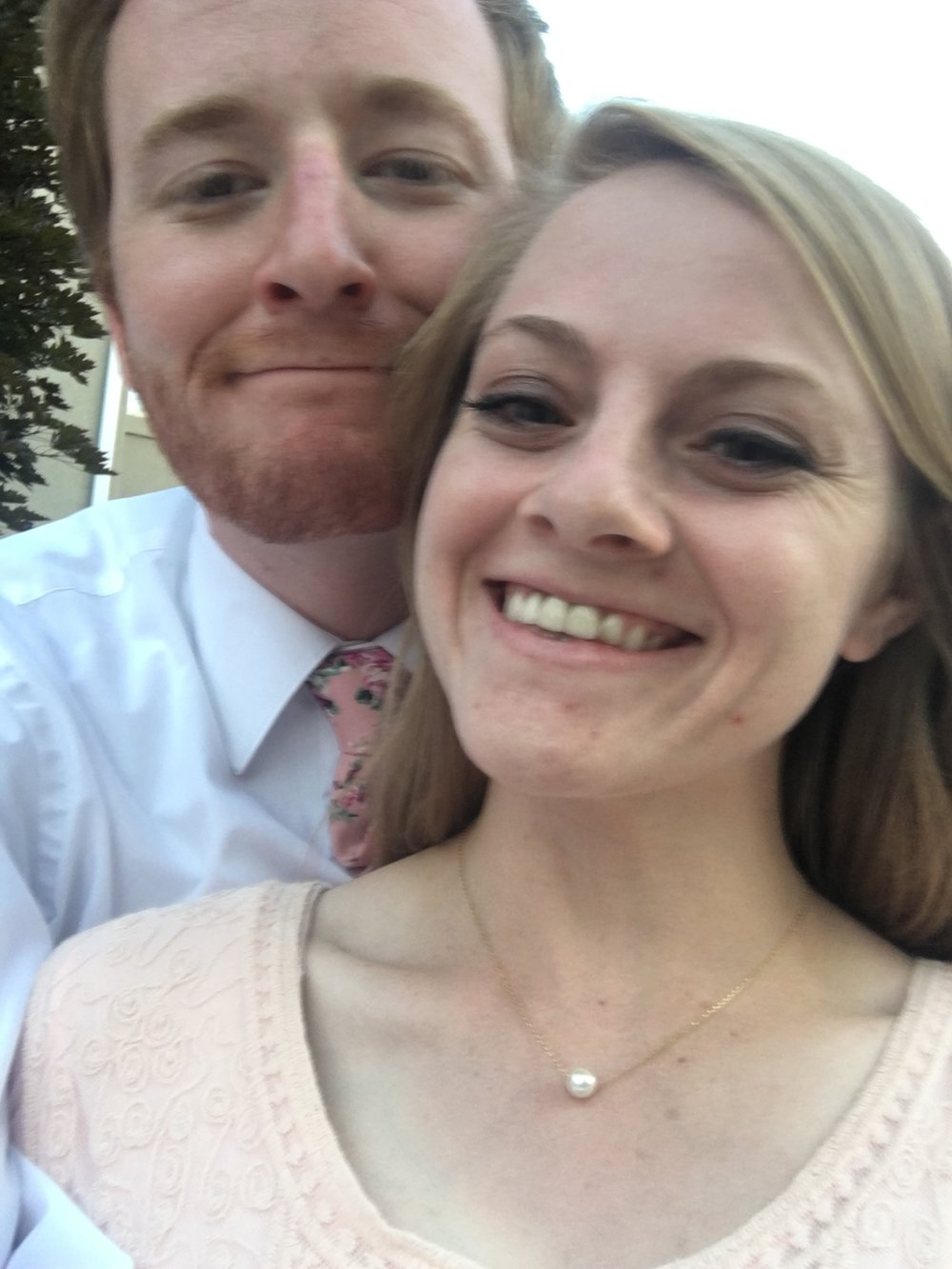 and then on saturday, we were able to visit with an old mission friend and his wife in the morning because we took some anniversary photos for them. we went to deer creek and i just don't understand why nature's weeds are prettier than garden weeds. if garden weeds were pretty like nature's weeds, i can guarantee that i wouldn't have spent so much time pulling weeds as a child. but i also wouldn't have such great character, so i guess i should be saying thank you to those ugly weeds. but i digress. it was so much fun to see ashlyn and mckay!

fast forward to saturday evening and GUYS. THE SECOND SUMMER WEDDING THAT I WAS ABLE TO LIVE VICARIOUSLY THROUGH. jaymie + jordan's wedding reception was PERFECTION. stay tuned for that because there will definitely be a blog post about that one. bah. it was so perfect.

on sunday we were able to relax a little bit. we slept in, took mack to the park, went to church, came home from church, took naps, played with mack, and visited with parker's parents. it was the perfect relaxing day after a very busy week. 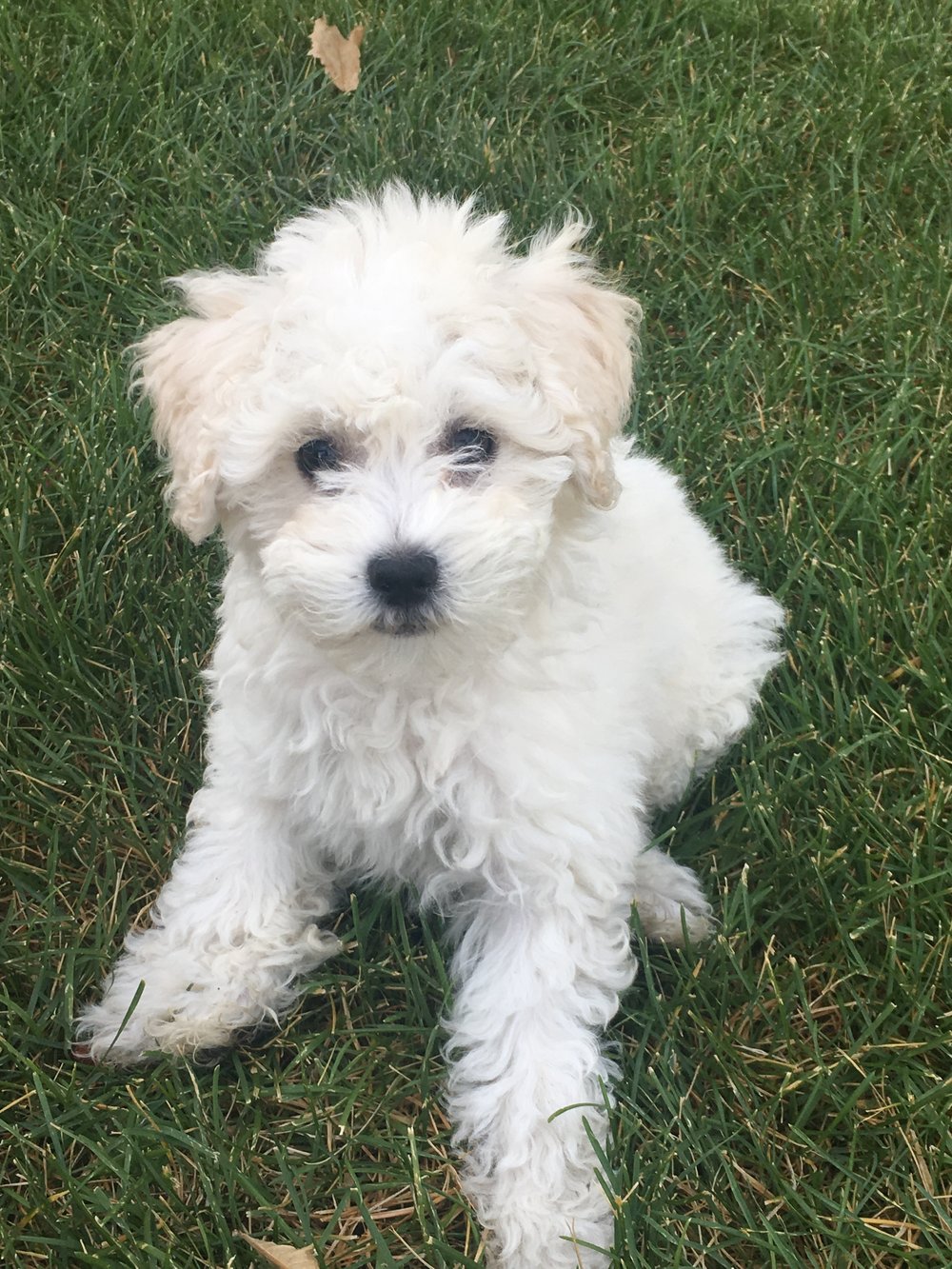 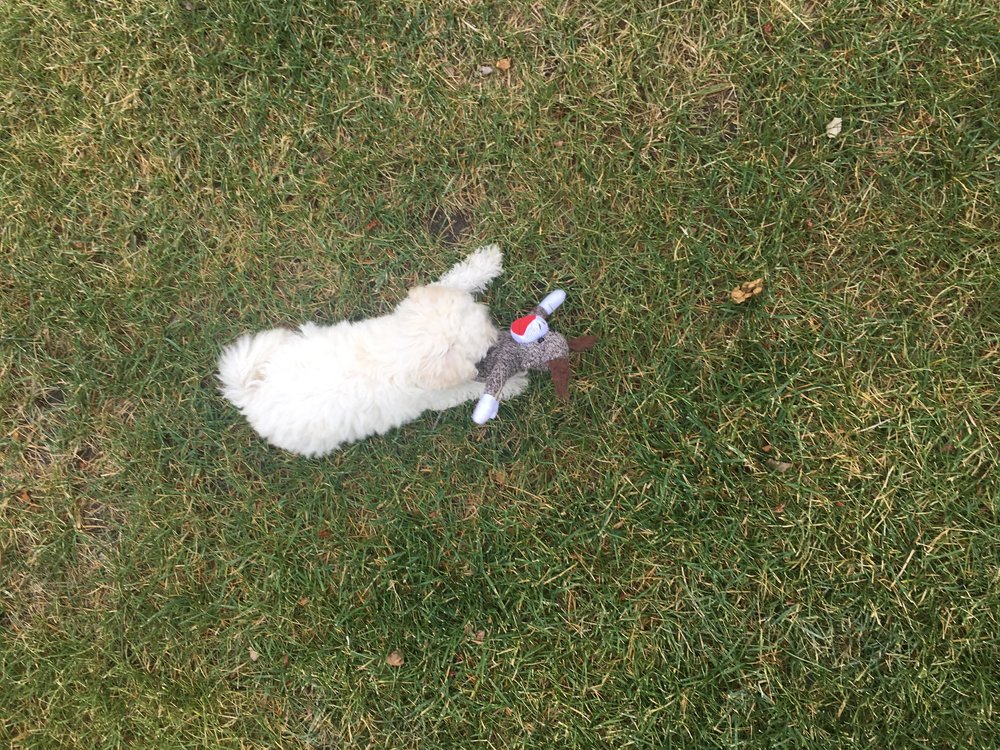 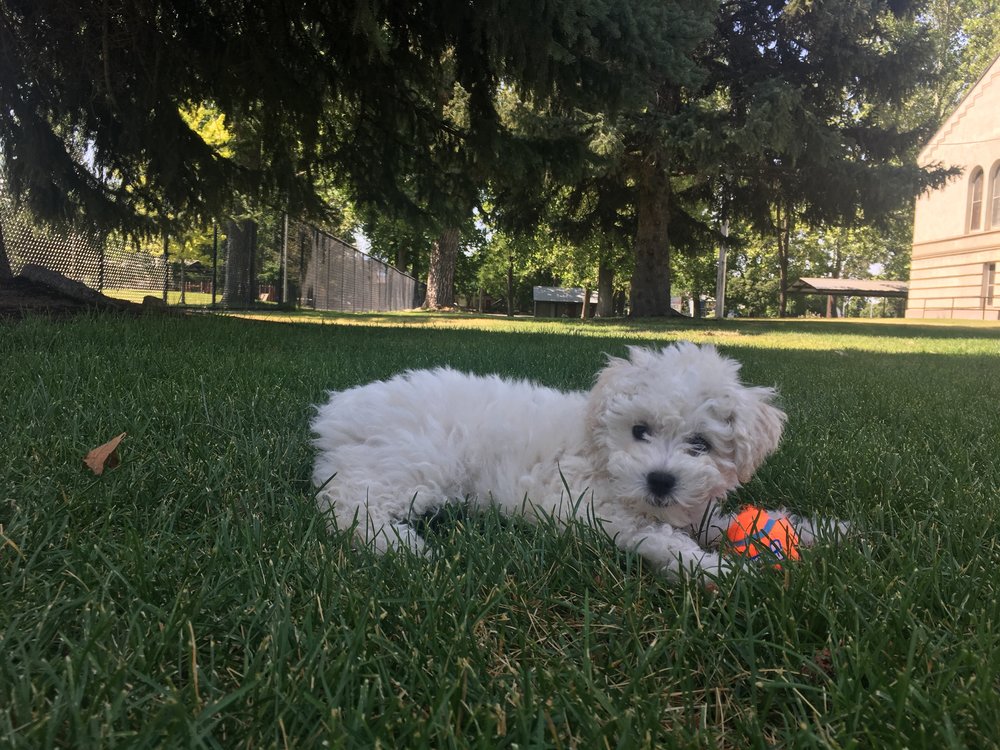 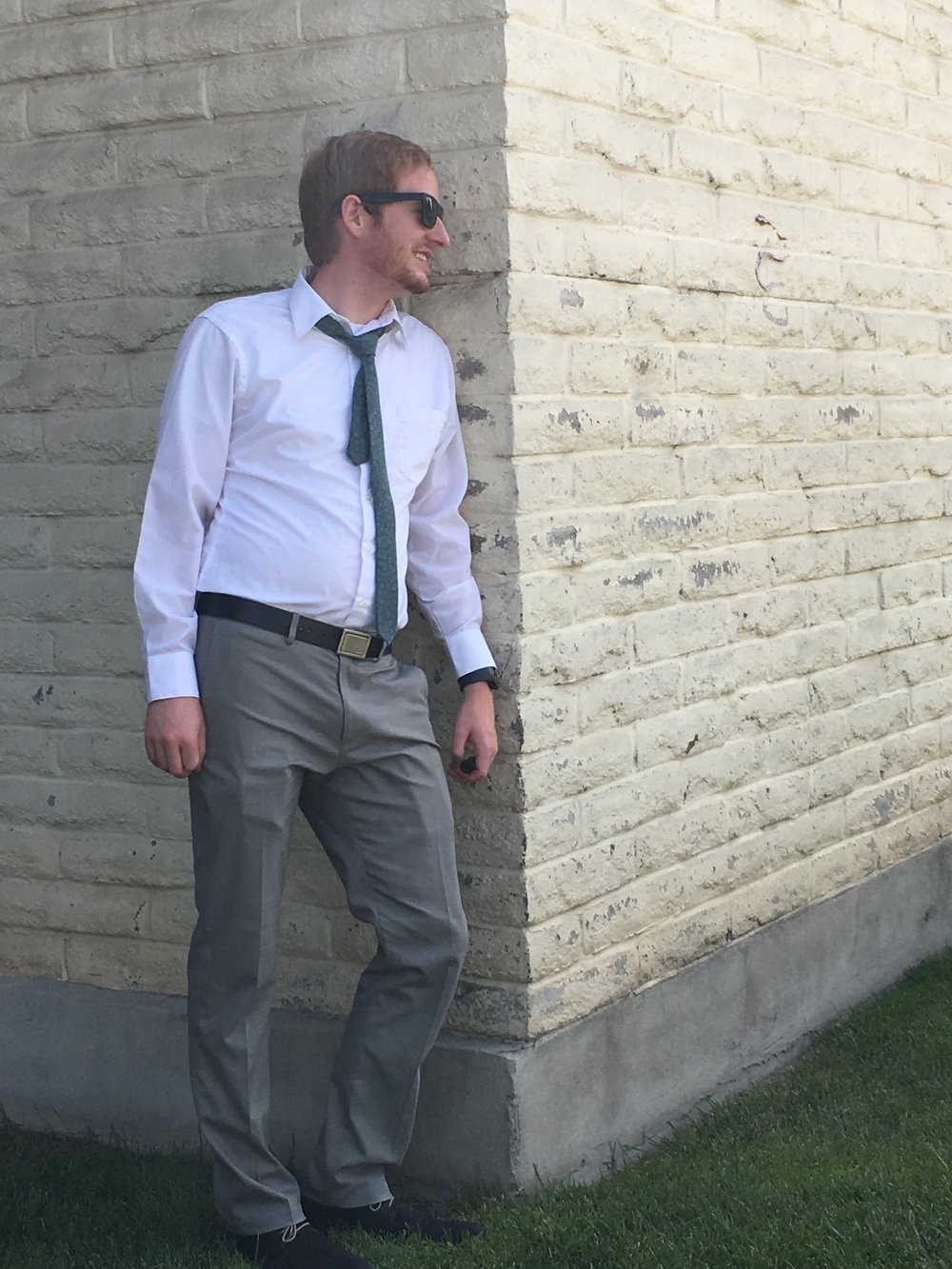 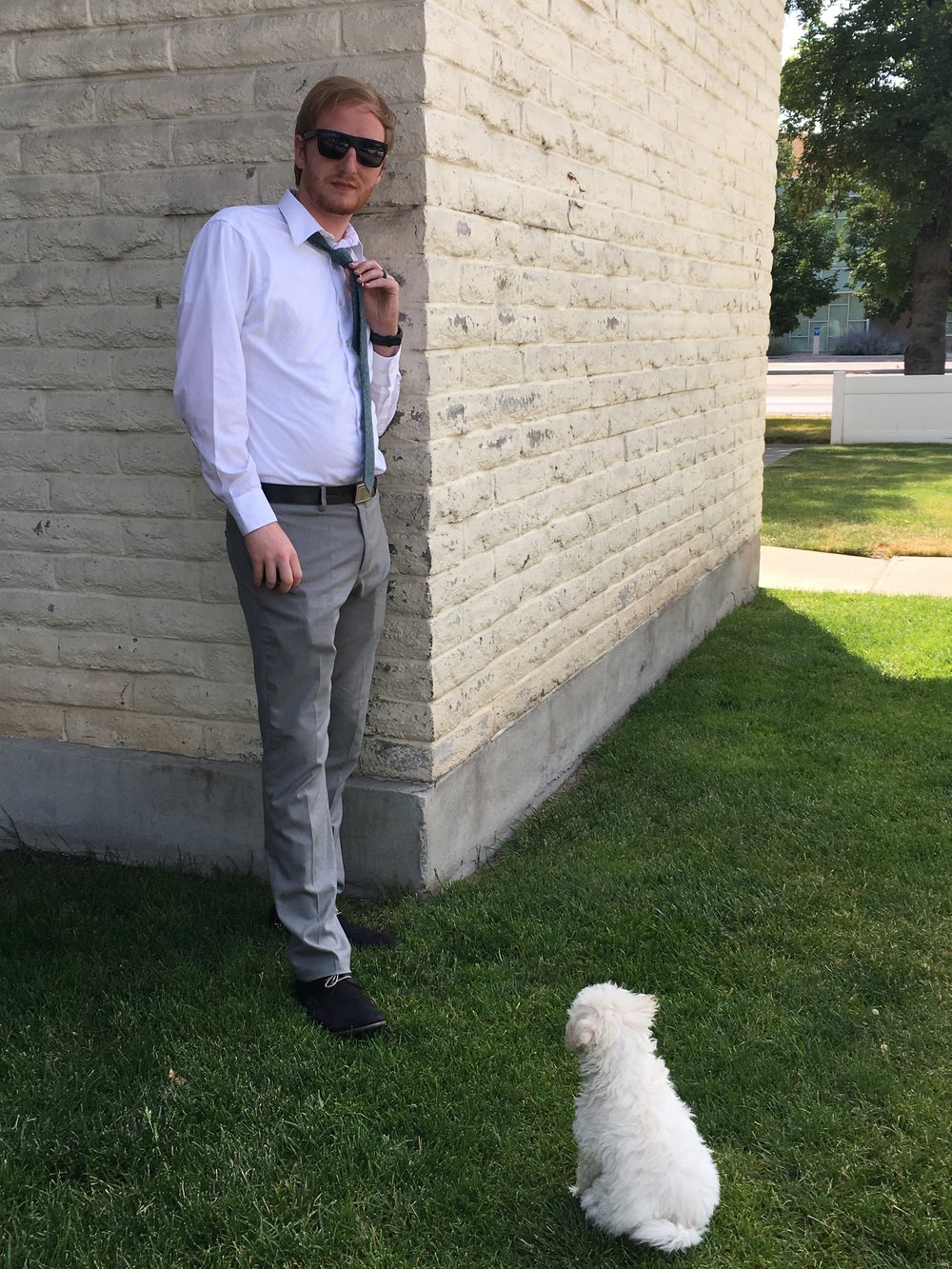 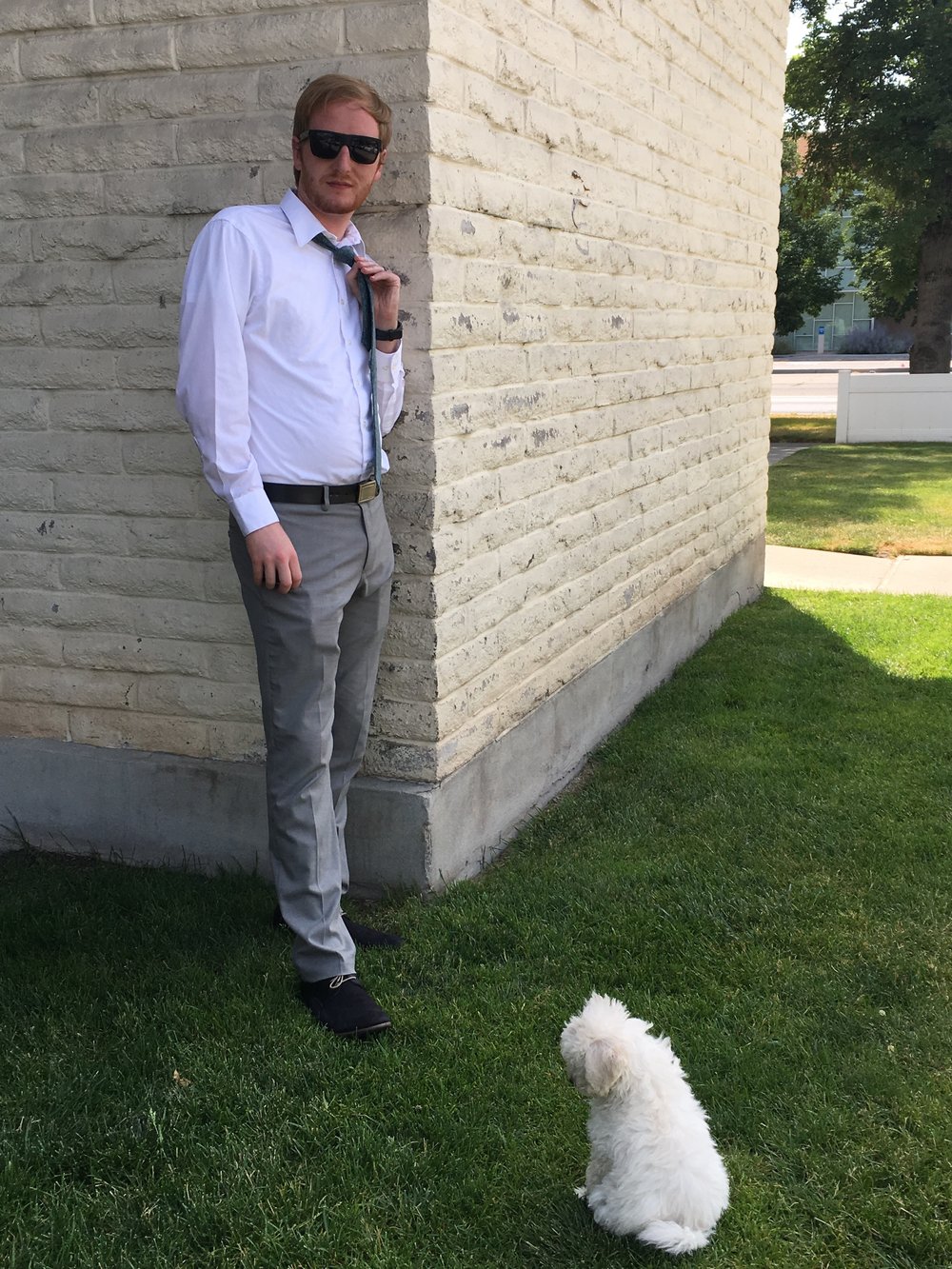 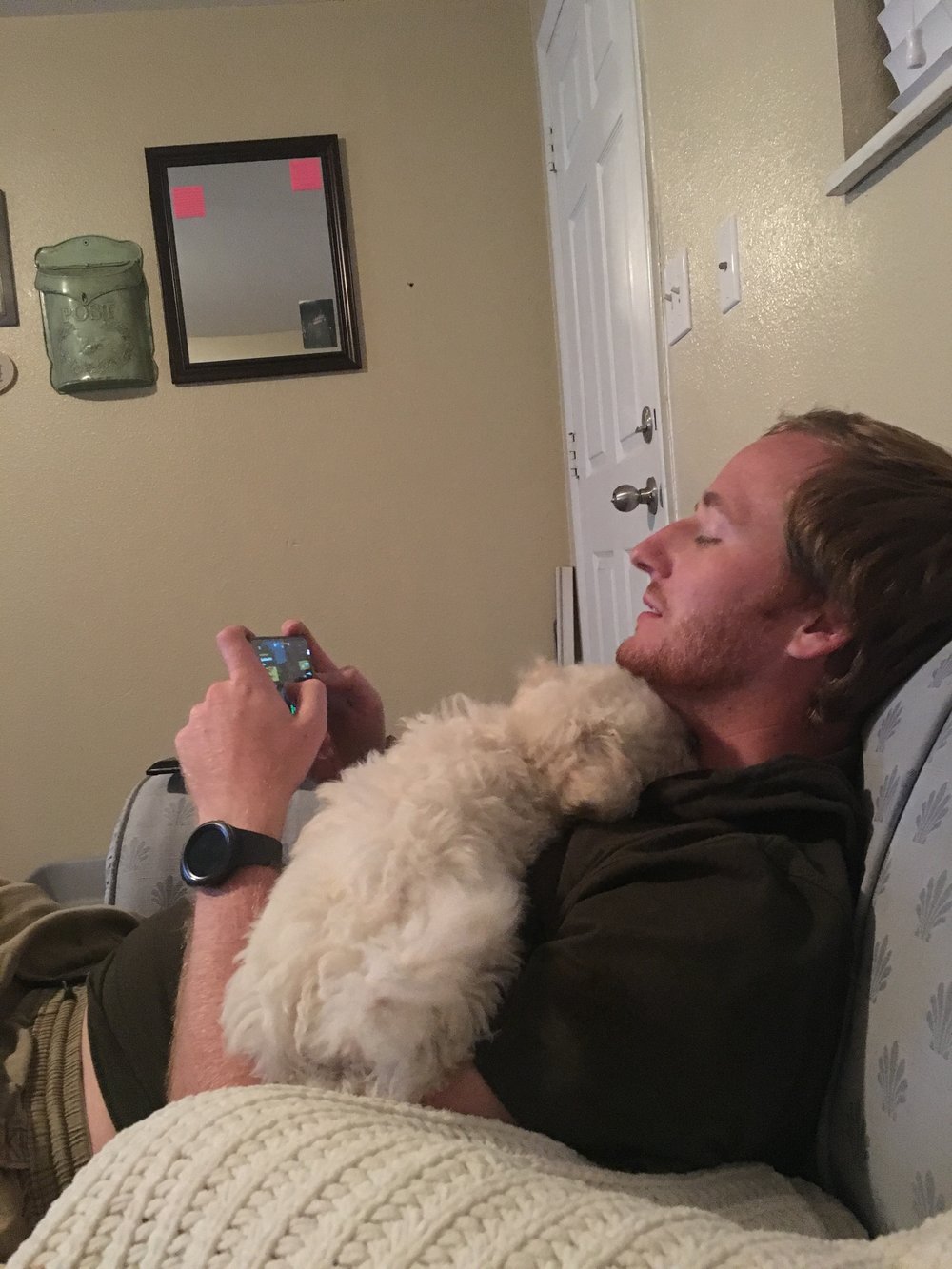 PARKER STARTED HIS NEW JOB!!!!! monday was parker's first day at boostability. and so far, he loves it. and so far, i love it. he can respond to text messages RIGHT AWAY. at his other job he wasn't allowed to have his phone out at all, so texting him during the day was pointless. and lame. but i just barely asked him to send me a few photos AND I GOT THEM RIGHT AWAY. my heart is so happy.

life is so, so good, my friends. even with trials, life is still good. there is so much to be grateful for.

if you missed it, i'm running a summer family mini session special for my bunkerville and mesquite friends!
SUMMER FAMILY MINI SESSIONS. or as my brother likes to call them, "the five minute photo shoot"... okay they're not really 5 minutes, but they are only 25 minutes!

on july 22nd + september 2nd i have 6 slots available in BUNKERVILLE at the garden (shown here + more pictures in my stories) the first 3 families to book will get $25 off of their session!