it's been a while since i've done a REAL life update... and by real, i mean one that has actual updates & isn't just skirting around details or saying, "i'm so excited to share _____ in the future" (although, is a little bit of that in this wednesday letter) and i've been getting a lot of the same questions online as i have been in real life, so i figured it was time to do a "real" update. i also did a little Q&A post on instagram & facebook, so some of those questions will be answered here too!

every time i post an open Q&A, i get a lot of questions about infertility (our journey as well as infertility in general) so i wanted to start with that for those of you who are wanting to help a friend or just curious about our journey & where we're at.

- what got you into blogging?
i started blogging right after high school. i've always been a fan of the online world. i spent hours upon hours on facebook & pinterest & IM in middle school & high school. when i found that i could make a blog my own, i was ALL for it. i jumped on board & never looked back. i also really like sharing things that i've learned with others. & i love that i have been able to share my infertility journey here.
- what is your favorite part of working with bloggers?
there are so many things i love about working with bloggers, but i think i have two top favorites. i LOVE the friendships that i have gained by working with bloggers (i was REALLY lonely during the first year & a half because i had ZERO friends in utah & didn't really have a way to meet friends that i could hang out with). i have met some of my very best friends through photographing bloggers & i wouldn't trade that for the world. i also LOVE that each shoot is different. we get to go to new places & a lot of my bloggers have worked with really neat companies, so it's been fun to learn about those & work on those projects.
- what is one basic photography tip that you would give to a beginner that isn't "invest in a nicer camera"?
my MAIN tip would be to pay attention to light. where the light source is (behind, directly above, in front of your subject) & the type of light it is (harsh or soft). i am a HUGE fan of shooting with soft back light. but i also love soft front light. (so basically, i love soft light) when i'm shooting with my phone & have the ability, i try to shoot backlit. fully shaded areas offer really great soft light. trees provide REALLY pretty pockets of light. for example, the photo below of mack was just from my phone. the area was shaded + the trees provided that pretty pocket of light.
p.s. the definition of soft light is confusing, so think of it as EVEN light. think of when you're in the shade of a building & everything is shaded-- there aren't BIG shadows & there isn't that super direct light that makes your eyes cringe + your face look shiny (do you know what i mean?) if you go here, there's a good example of the difference between harsh light & soft light.

- who is your favorite co-worker?
parker.
- if you could only eat one dessert for the rest of your life, what would it be?
i LOVE cheesecake or ice cream cake from dairy queen. so probably either of those. but if i HAD to choose one. it would definitely be ice cream cake from dairy queen.
- what was your first job?
i had my first job when i was 15! i worked at a girls camp as a cook! it was a blast & i loved it so much!
- how did you & parker meet?
haha. we met on our lds missions in st. louis. we were basically just acquaintances. we reconnected close to a year after i got home & started dating a few months later.
- what happened to mozzie yesterday & is he okay?
mozzie had been throwing up and coughing a lot. we took him to the regular vet on monday & then again early tuesday morning. they gave him a shot to help him not throw up, but if he continued coughing, they told us to take him to the animal hospital for an xray. he seemed to be doing okay yesterday, but then last night he started coughing and gagging a lot. so we took him to the animal hospital. they said that he didn't need an xray because he was eating and drinking fine. so they recommended sedating him to take a look down his throat to see if there was grass stuck in there or to see if something had scratched his throat. they didn't see either thing, but saw that his tonsils were swollen. (tonsilitis, if you will) they gave us some medicine for him to take for the next few days. he was such a sad pup last night & the little cast on his leg was from where the IV sedation was. he was SO sleepy & cuddly last night & then woke up pretty close to his normal self. we're really hoping that he's on the mend & that he feels 100% soon!

okay. i think that's it. this post is getting long. there is a few more updates that i will share later this week, but until then, this post will have to do. we're doing really great & are so, so happy. until next time, loves. 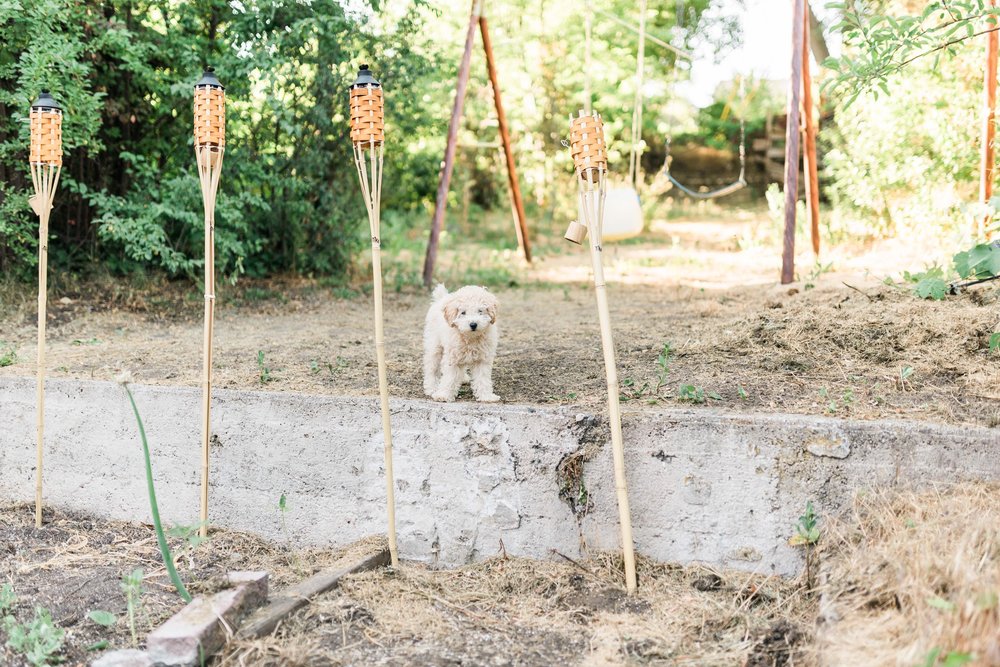 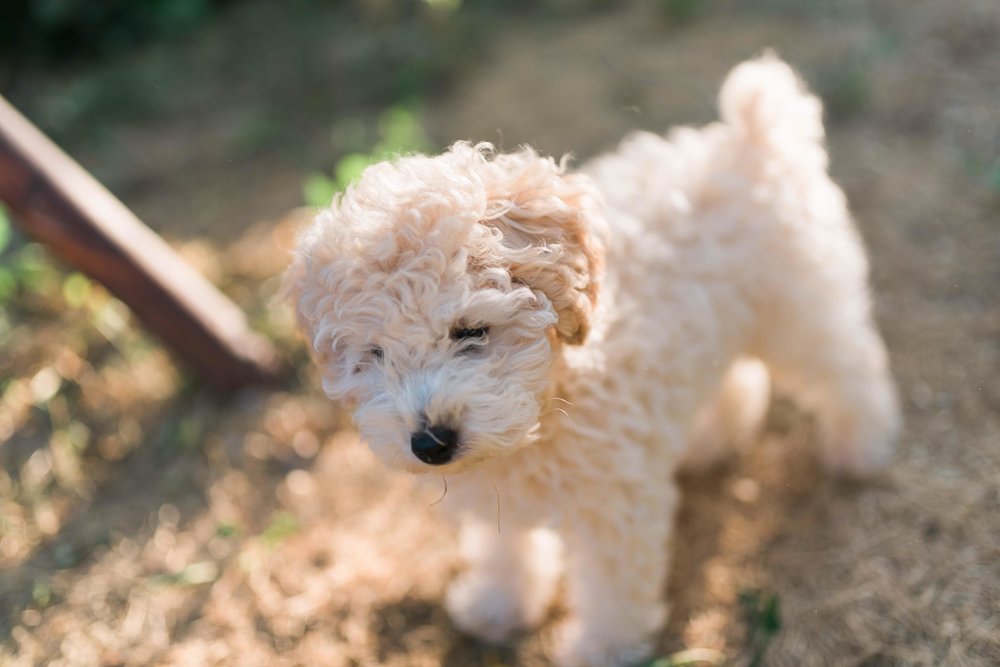 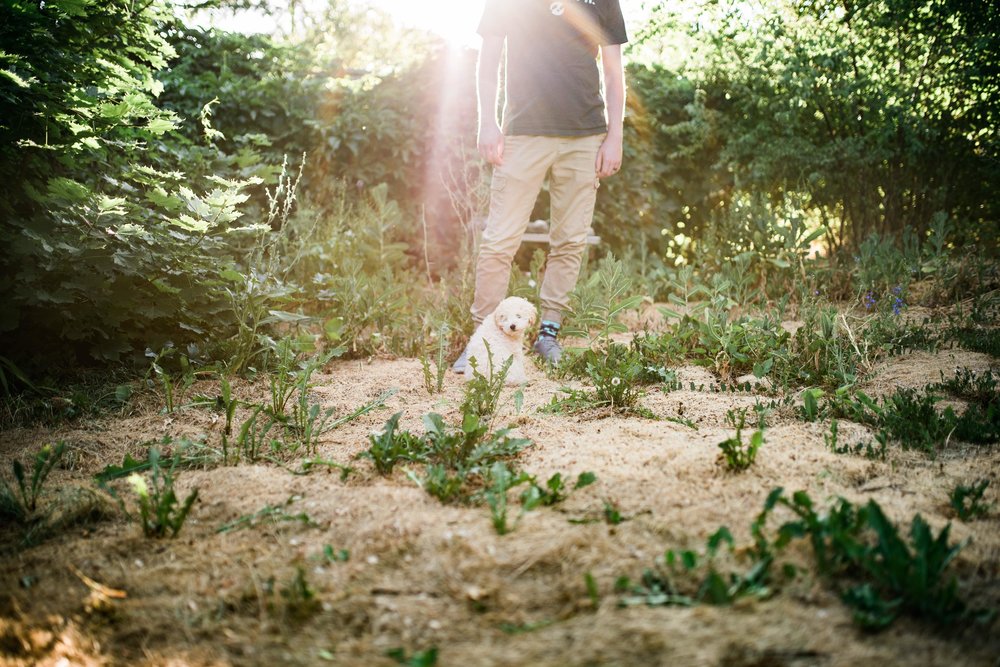 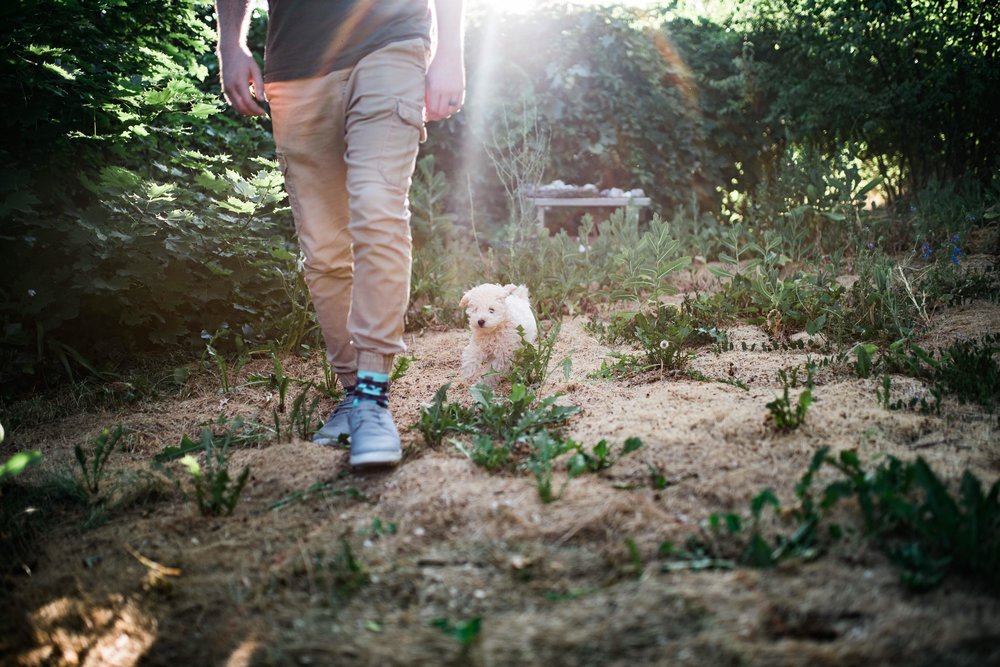