friends, if you've met parker, chances are, he was wearing some sort of sports related piece of clothing. whether that's a hat, shirt, jacket, socks, watch, etc. (all of the above), he was probably wearing something of the sort. because he LOVES sports. sports are his passion & it's something i would never take away from him, or make him stop loving. (because honestly, i don't think that's possible) so when we started dating, i jumped on the bandwagon. i fed off of his love of sports & have now been to more professional sports events than i can count. when we moved to salt lake, we jumped at every opportunity to go to a jazz game because they are just too much fun. and then the jazz started doing REALLY well & it was super fun to watch & cheer on. and then they made it to the playoffs. 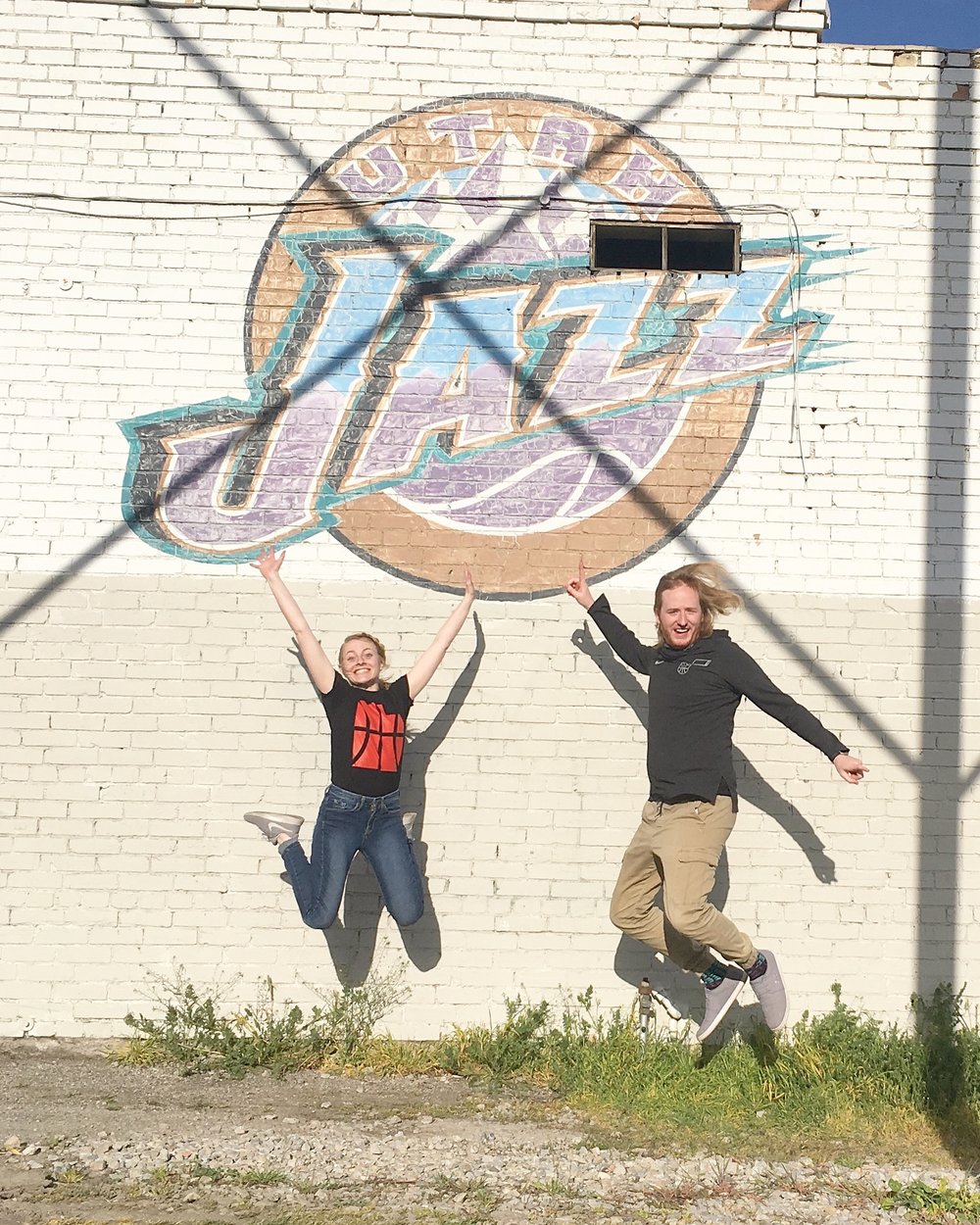 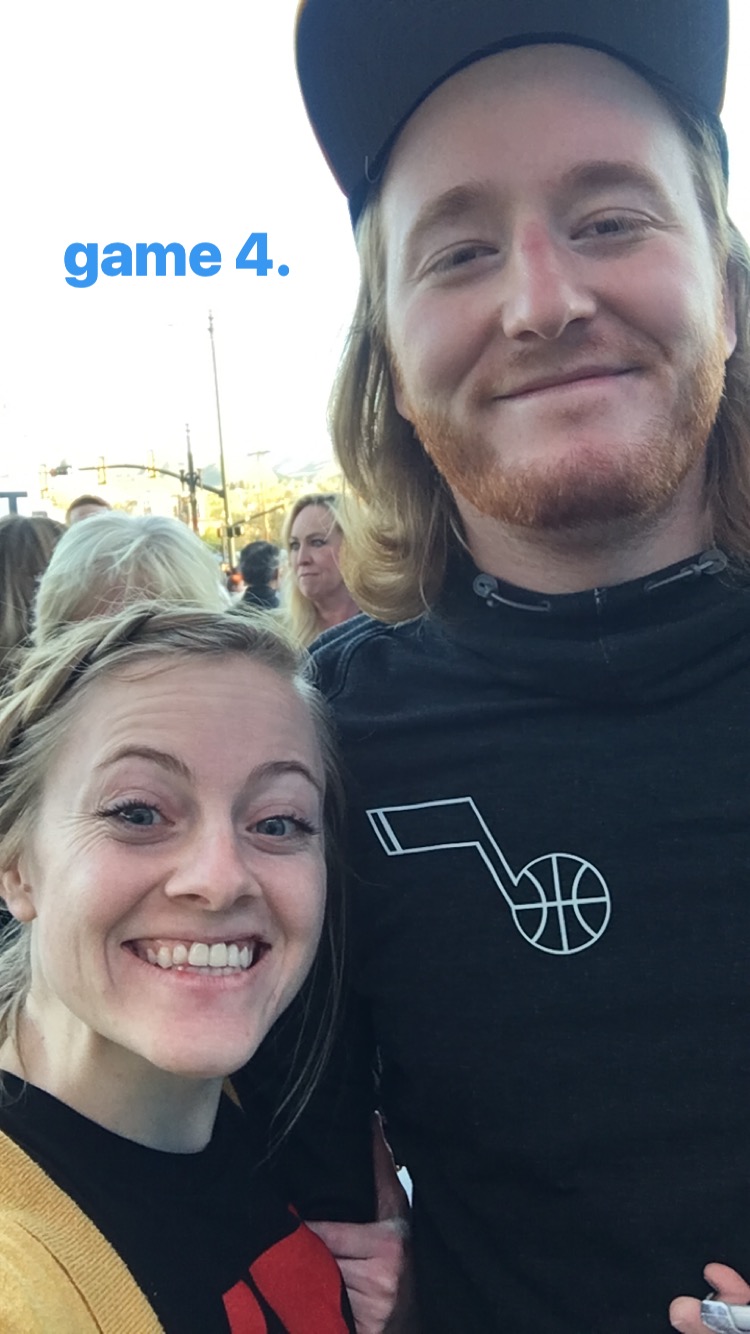 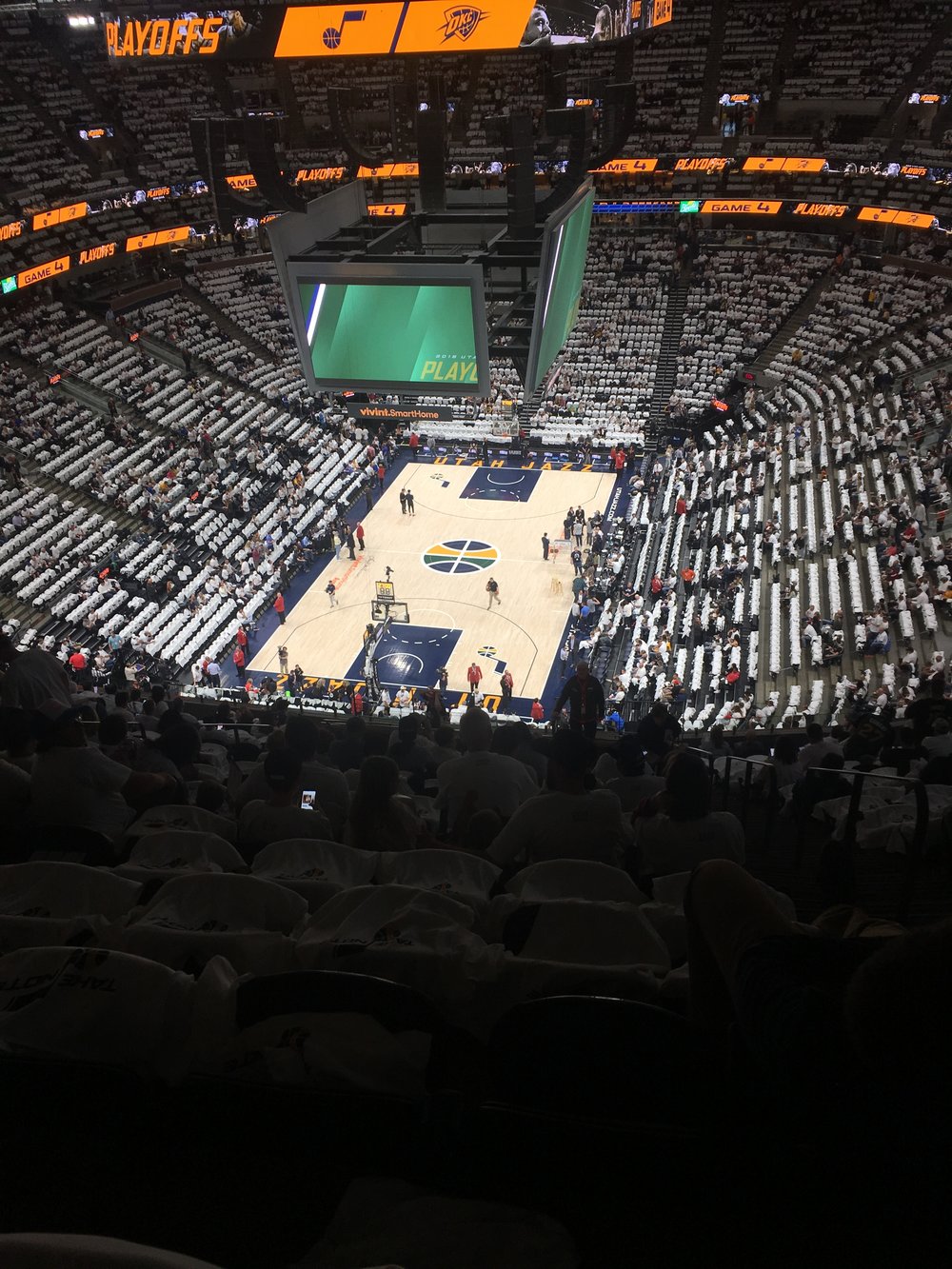 guys, one of parker's dreams has been to go to a playoff game. i'm all about living your dreams, so when an opportunity to buy cheap(ish) tickets came along, we jumped in with two feet. this monday, we found ourselves sitting at the tiiiiiipppy top of the vivint smarthome arena cheering the jazz on to their victory. IT WAS SO MUCH FUN. we got free shirts, free chick-fil-a (well, there was a slight mishap with that, but the guy still missed both free throws, so we enjoyed our chick-fil-a as though it was free even though we paid for it. hahaha), good company (thanks for coming with us matt & kelsey!! we had so much fun!!), and just thrived off of the energy that was in the arena. i can't even think of words to explain it. we just kept saying, "that was so much fun" after the game. because it was so much fun. we lost our voices & went to bed WAY later than normal, but we checked a playoff game off of parker's bucket list & it was so, so worth it. last night, we went to a friend's house to watch game five & just had a blast there too... even if the jazz lost yesterday. bummer.

but WE HAVE FAITH! jazz in six?? 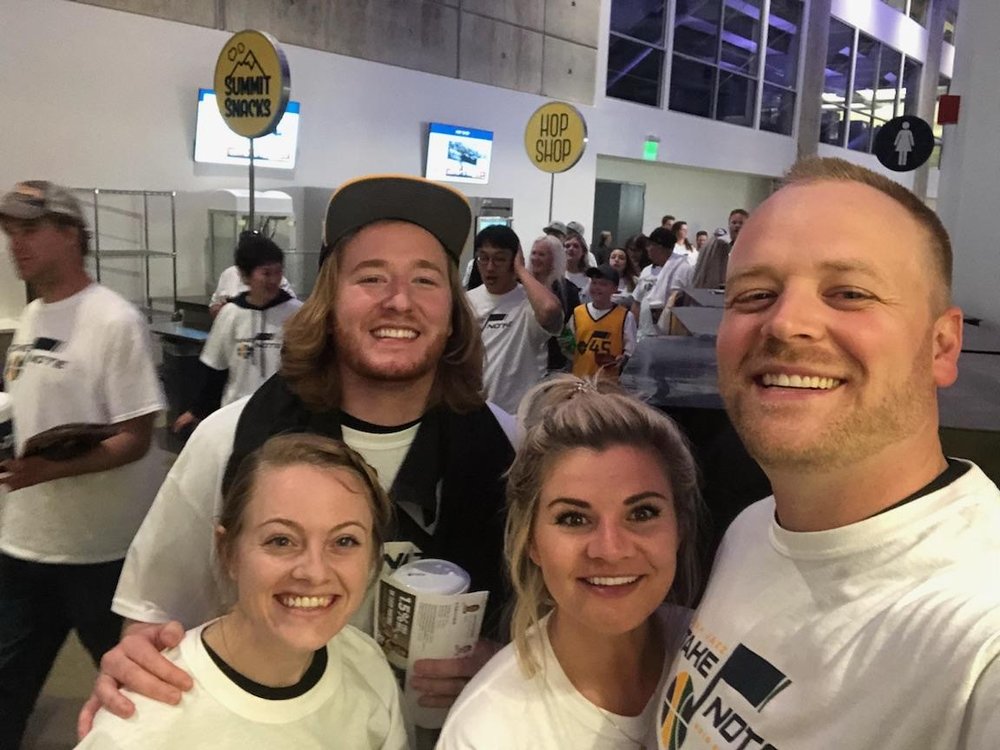 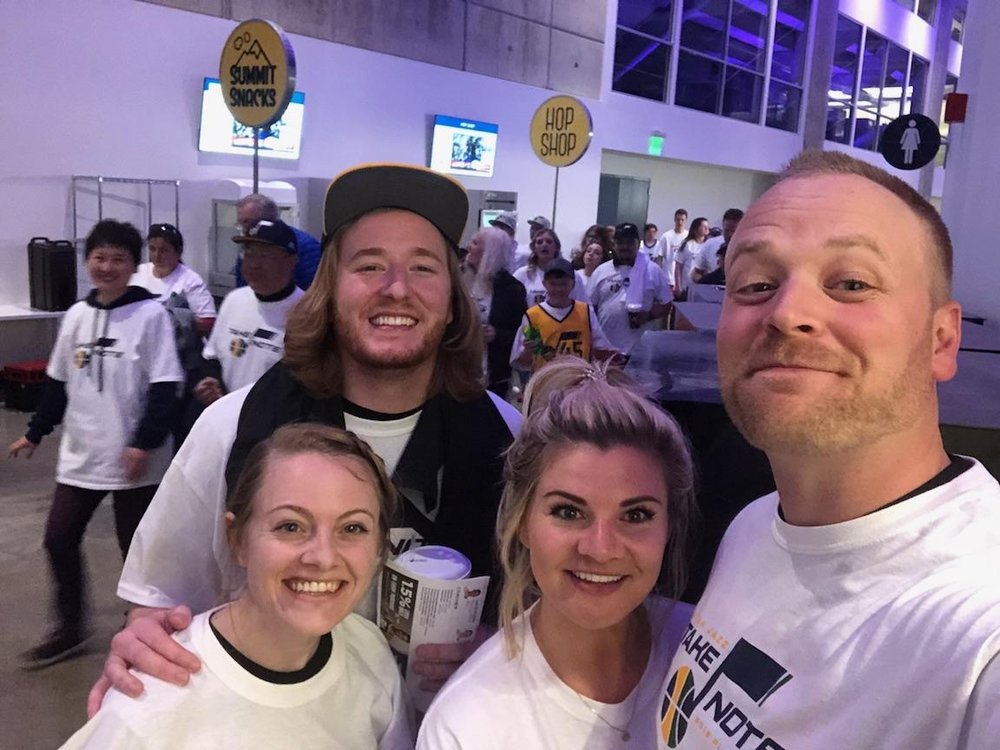 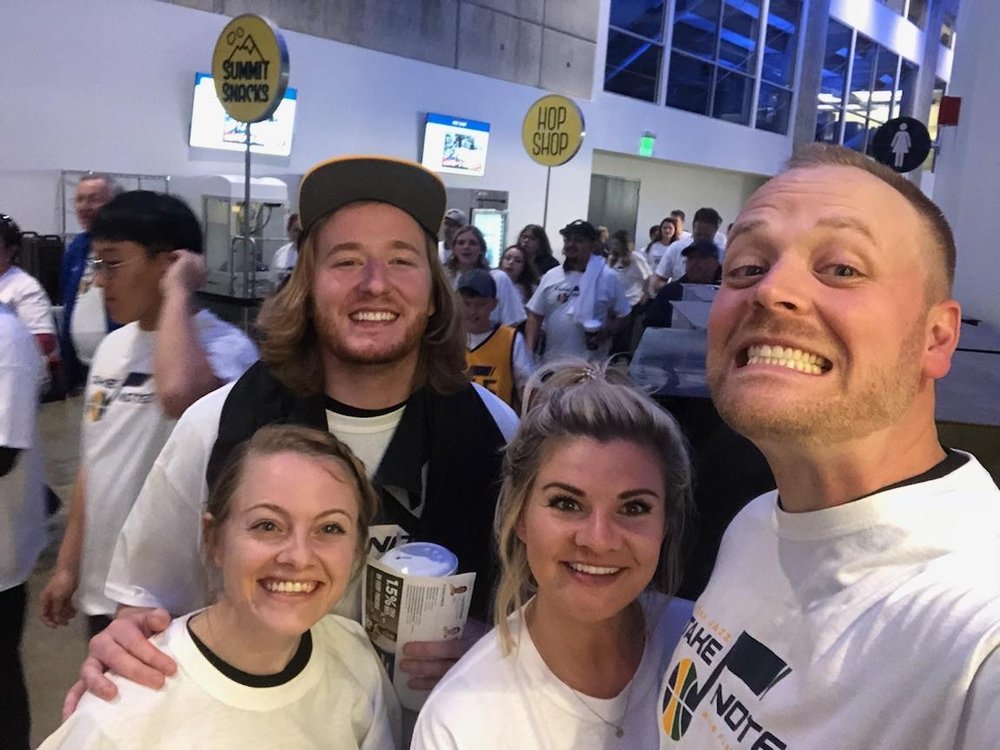 i love being able to spend time with parker doing things that he loves because we always have the best time.